EMCO Wake-On-LAN is an advanced utility that allows you to wake up multiple PC’s on a network. It is built for virtually any network of any scale. From the Free version to the Professional edition, this is a power packed WOL utility you want to add to your networking toolkit.

Although the Professional edition is not 100% Free like some of the other WOL utilities out there, this is one you want to look at if you have a larger, more complex network and needs. 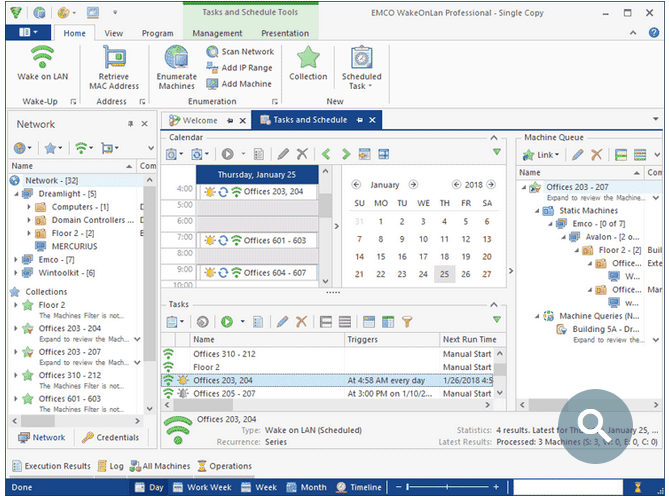 Denise Porter Denise is one of our Staff Writers that has transitioned from the Corporate IT Consulting World into publishing. She enjoys writing about her Experiences with Software and Tools that she has used and help implement in Real-world Scenarios and Business. She has a Master in Organization Development from Seattle University.